Valencia is located on the southeastern coast of Spain and is famous for the city of arts. This consists of futuristic structures, such as the planetarium, oceanarium, and an interactive museum. The city has several beaches, which is also the reason many people choose to live here. The city has a population of 791.000 people living there and is divided into 19 districts, these 19 districts are subdivided into 88 neighbourhoods. A lot of people think of Valencia as a more modern city in Spain, but it has one of the oldest historical centres in Europe too. The city has over 2000 years of history and artistic heritage. Not only the famous local festivity Fallas but also the La Lonja and the Water Tribunal are part of the UNESCO World Heritage Site list.

Here is a list of beautiful nature hotspots where you can go for a swim around Valencia:

You don’t have to go outside the city to take a swim. There are a lot of beautiful beaches too. Most beaches are easily accessible by public transport. If you want to go to a less crowded beach that is still easily accessible by public transport, you can go to The patacona. The beach is not the only outdoor activity in Valencia. You can also go for a walk in the Turia city garden. With its 12 km, the Turia city garden is one of the biggest urban parks in Spain.

Valencia is known for many things. For example, the city of arts and sciences, the central market, being the birthplace of Paella, sandy beaches, the old town, the Cathedral, and not to forget the Fallas. Valencia has combined modern and historic quite well.

In 2016 the famous festival Las Fallas was awarded UNESCO cultural heritage status. Las Fallas is a big festival in which the whole city transforms into a big art gallery with street parties for a few days every year in March. People here take an entire year to plan this festival. Every day at 2 PM during Las Fallas there is an enormous firework display. The fireworks are all about the noise and get bigger every day. They celebrate the end of winter and the festival stands for new beginnings. 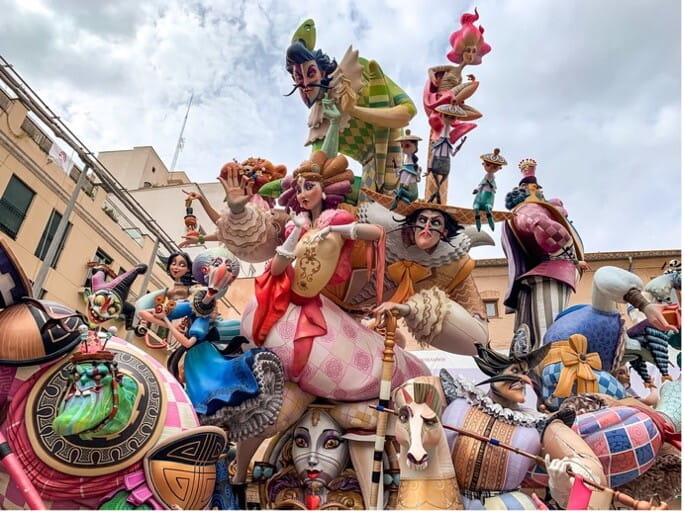 Another festival is La Tomatina. This festival takes place at the end of August. During this festival, a lot of visitors go to a small town next to Valencia where they throw over-ripe tomatoes at each other. This festival comes with a long history.

Food and eating is taken very seriously in Spain. The famous Spanish paella was invented in Valencia. For more than 1000 years, Paella rice has been growing in this region. An old tradition is to cook huge amounts of paella over firewood on the street during the weekends or on special occasions. 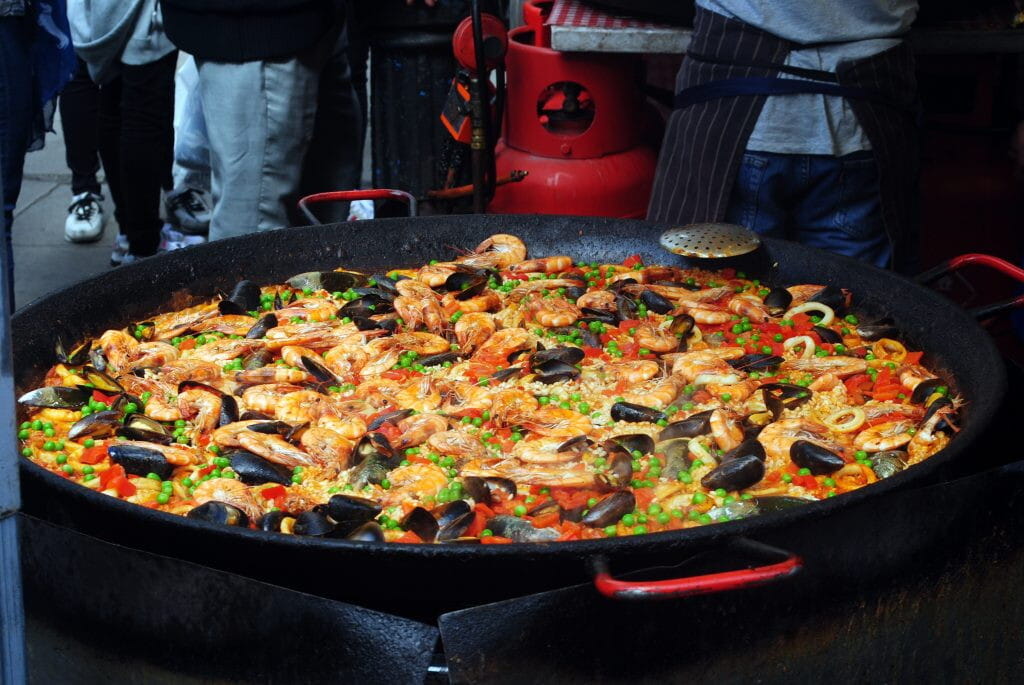 Valencia is one of the best party cities in Spain. During the 80s and beginning of the 90s, it was already known for being a Spanish city with endless parties. Here is a list of places you can go to a party on a night out. Just like in other cities in Spain, entrance to a club costs you around €10,-, including one drink. At some clubs, you will be able to enter for free if you go there before 1.30 AM.

Just like all Spanish cities, the nightlife does not get started before 11 PM. This does not mean that Spanish people party for a shorter period. In Spain, they finish partying just as late as they start. The best nightlife of Valencia can be found in the neighbourhood of El Carmen.

Valencia has 60 bus lines, 6 metro lines, and 3 tram lines. The public transport connects you to everywhere in the city, including the airport. The metro runs between 4:00 and 23:30 AM on weekdays and between 5:00 and 00:30 on the weekends. The price of the tickets for the metro depends on what zones you have to travel in. You can choose between a single ticket or bonometro (10 times). If you have to travel frequently, the TuiN card is the best option. You can spend a minimum amount on your travels per month by paying for the card. How much this cart cost depends again on the zones you will travel in. The most expensive card is €63,- a month.

The city also has a cycle rental service called Valenbisi. With this you can rent bikes 24 hours, 365 days a year, that are placed throughout the whole city. There are many bike lanes which makes it safe and easy to travel by bike. You can subscribe to bicycles. A weekly subscription is €13,30. This is a good option for when people visit only for a week. If you are moving here, an annual subscription will be €29,21. The first 30 minutes used on top of your subscription is free. If you use it for longer than 30 minutes the costs will be between €0,50 and €1,00.

You can also use a taxi in Valencia. Uber does not exist here. In Valencia, they use the app Cabify to get a taxi. You could of course also wave your hand when you see a taxi with a green light.

If you are looking for an apartment in Valencia but are not sure what area is the best to live in, there is good news for you. There are a few very nice districts but the whole city is great to live in. Here you can find a list of a few nice neighbourhoods to live in with an explanation.

A tip for moving to this city is to learn a little bit of Spanish before moving there. A lot of real estate agents and landlords only speak Spanish. But don’t worry if you do not speak Spanish. If you search a little longer and better you will find an English-speaking landlord.

Valencia is a relatively better option to live in than Barcelona and Madrid when you are looking at the costs of living and renting an apartment. The rent is on average even almost 30% lower here than in Barcelona. The prices for apartments to rent for 4 people are around €2000,- and for 2 people €1000,-. On average for a room in a shared apartment, you will pay €500,-. Of course, this also depends on the area you decide to live in.

Some websites for renting apartments in Valencia are:

The public Spanish healthcare system is called the National Health System. This system is for everyone who lives and works in Spain. Everyone who works in employment or self-employment and pays social security contributions can get access to the National Health System. Health insurance is covered by Spanish social security systems. Everyone in Spain who is employed contributes to social security.
When you move to Spain, you have to register with the public healthcare system. The first step is to register with the Spanish Social Security (Dirección General de la Tesorería General de la Seguridad Social or TGSS). You need your ID or Passport for this, your residence certificate, and proof that you have registered your local address to the town you live in. After you receive your Social Security number, you also get a paper that says that you are officially entitled to get medical help in Spain.

In Spain you see a lot of pharmacies, you can go there with your receipt to get your medicines. Pharmacies are often indicated with a green cross. When you are working age, you will pay 40% to 60% of your costs. This depends on your income.

Here is a list of general phone numbers in case of an emergency in Spain.

Some words to get you started

The people in Valencia speak both Spanish and Valencian. You can see a few examples of often used words in Spanish, Valencian, and English.

Job seekers
Looking for work? Please view our open vacancies and apply directly, If you have further questions please fill in the following form and we’ll get in touch as soon as possible.

Companies
Interested in hearing more from our services? Please take a look at this page or fill in the form below and we will get in contact with you as soon as possible.